We know finding a safe, natural vegan deodorant that works is a challenge. We know this because we lived this reality before creating Each & Every. When we couldn't find anything on the market that met our needs, we set out to create a deodorant that did it all: safe, EWG-verified ingredients, cruelty-free and vegan, strong long-lasting performance and an easy, smooth application. The result is a deodorant that meets these needs, and one that we're continually proud of. When you buy Each & Every, you can be certain you're getting the real deal.

Shop Each & Every Products

Four Minis (Build Your Own) 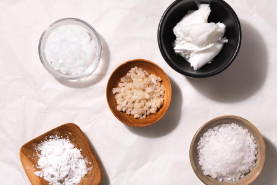 Each & Every ingredient matters, which is why we use simple, clean ingredients that actually work. Learn about what ingredients we use and what role they play in the formula. 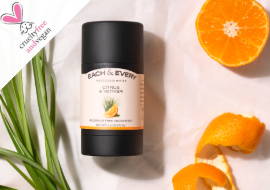 We recently completed the vegan certification process for Each & Every. Read more about our journey and what it means to be vegan and cruelty-free!

What It Means to Be EWG Certified 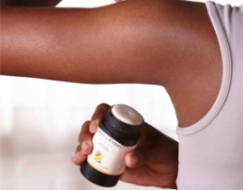 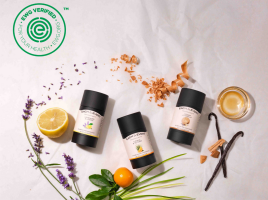 We believe that Each & Every ingredient matters, which is why we have strict standards for our formula. Read our blog to learn more about the verification process.

​See what customers are saying about Each & Every:

My Favorite Vegan Natural Deo - Bridget
"I’ve been looking for a good natural and vegan deodorant for about two years. I’ve found some that I like but have discovered that I’m sensitive to some ingredients that are commonly used in natural deodorants. I’ve been using each and every deodorant for a few weeks now and not only does it work well, I also have not experienced any rashes or discomfort. This is my favorite natural deodorant that I’ve used so far."

Vegan, No Baking Soda & It Works. Woo Hoo! - Christy
"This is by FAR the BEST deodorant I've tried and I've tried ALL of them. It's difficult finding a vegan deodorant which contains No baking soda AND actually works - this covers all of those. It also smells really good without being too fake "perfumey", which is nice."

Best Vegan Deodorant - Lori
"Love this deodorant. Best vegan deodorant I have used. Great scent, but not overwhelming. Controls odor. Controls perspiration well for a deodorant (I’m not expecting it to be an antiperspirant)"

Obsessed! Thanks Each & Every - Avery
"I'm answering questions regarding the Citrus & Vetiver, but I also have the new Rose &Vanilla. I LOVE them. The deodorant goes on smoothly, has a great texture, and smells fabulous. It lasts all day. I also like the fact that it has no baking soda; I found that I cannot use deodorants that contain baking soda. The most important aspect, however, is that your products are not tested on animals. I only purchase cruelty free. Thank you, Each and Every!"

Great Natural Vegan Deodorant - Keysha
"I love that it’s all natural cruelty free deodorant. I also love the smell. The coconut and lime scent works better with my body than the other scents. The only downfall is when I’m excessively sweating I have to reapply to keep the smell away. We have super hot summers in Georgia. But I also have to reapply antiperspirant so not that big of a deal for being natural product."